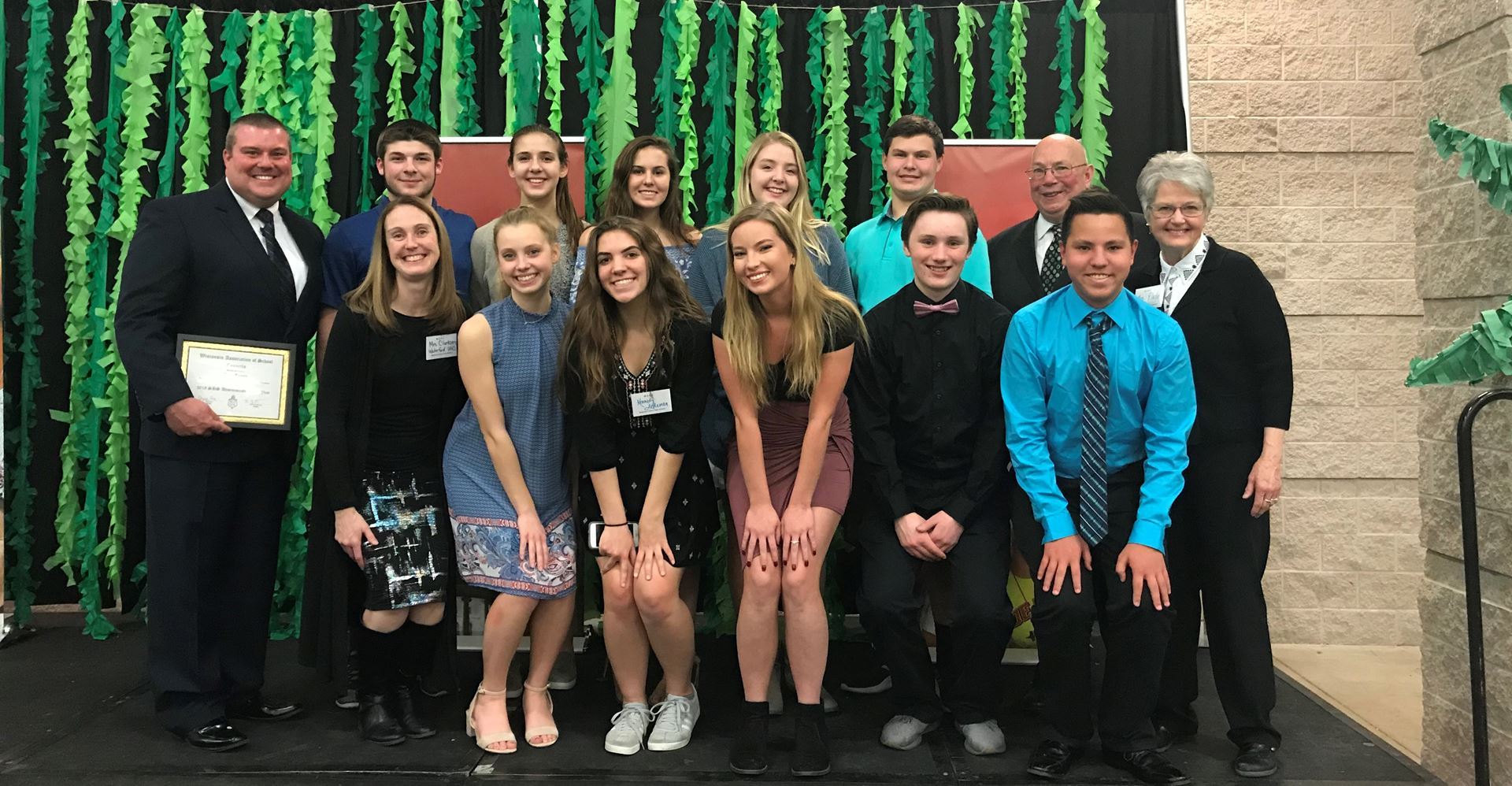 The WASC knows that an important part of being a leader is to acknowledge and thank those who do great things in their schools and communities. We are proud to recognize individual and school achievement through numerous award programs. Details about these programs can be found below, including how you or your school can apply to receive these prestigious honors.

Each year, the Spirit of Excellence Award is given to Wisconsin schools that demonstrate excellence in leadership development, sportsmanship initiatives, and service. It is presented jointly by several statewide leadership organizations, including the WASC and WIAA, to one school from each WASC region. One state winner is then chosen from the pool of regional winners.

To be eligible, schools create a portfolio that demonstrates their contributions in the three categories. Regional winners receive local recognition and a school banner. The state winner receives a trophy at a school assembly, which is filmed and televised during WIAA State Basketball Tournament telecasts—a true tribute to the excellence they have achieved.

REGIONAL ADVISOR OF THE YEAR

Each of the six WASC regions selects an advisor of the year. Honorees are recognized for their contributions to the cause of student leadership growth in the state of Wisconsin.

Nominations are due by: February 5th

ADMINISTRATOR OF THE YEAR

WASC honors administrators who have shown outstanding support for student in their school and/or throughout the state.

Nominations are due by: February 5th

Administrator of the Year Nomination Form

Presented to an individual that has been a superb role model for association members.  Their professional involvement in activities has directly affected and benefited the Association.

Presented to an individual and/or organization that have been a strong advocate of our Association and the development of student leadership in particular.

Presented by a member school to an individual who has rendered meritorious service to WASC.

Presented to students in recognition of service and leadership at the state level.